Below are some demo tracks which we are currently considering for the 2020 album but only two will make the cut. We need your help in making the decision.

Simply have a listen, pick your favorite and cast your vote via the contact tab leaving the name of the song.

Now, sit back make yourself comfy and enjoy the lounge.

Stories Behind The Songs

Written after reading a crazy news article about Kanye West. It morphed into something broader after seeing Christine Blazey Ford's testimony on Capitol Hill. The song is dedicated to all the brave people who put their reputation on the line in the name of truth.

Inspired by a news piece I saw on TV about a couple of DACA kids who joined the reserves, served their country and were now threatened with deportation. It all seemed a bit unfair to me.

Written in response to Charlottesville Attack August 2017 in Virginia.

I had no intention of writing about the attack even though at the time found it very disturbing. It wasn't until after I saw a documentary  about Emmit Till a month later I felt compelled to write. I did not know why or what I was writing about; I only knew I had to do it.

It turned out to be about Heather Heyer the tragic victim from that day. I held up the release of the album to include it and it won an Indie Song writers award the following year which Susan Bro, Heather's mother approved of.

Written in response to Vegas shooting in 2017 and the subsequent government unwillingness to impose sensible gun reform. The track won a place in the 2018 Indie song writing contest

The story was inspired by Donnell Jones TV One -Unsung Documentary.

The title came from a movie called - As Good As it Gets. There’s a scene where Melvin (played by Jack Nicholson) says to Carol (played by Helen Hunt)  “You make me want to be a better man.” I was floored when I heard it and it stayed with me for years and eventually  popped out on Rewind.

Born out of love and respect for all the single mothers who touched my life.

This song together with Better Man were written in the same day. I was working on two tracks for a few days and it just wasn’t happening. I was going to ditch them both , gazed at the laptop the next morning and thought I’d give it one more shot. I started from scratch free-flowing vibing for 15 mins and left it. I was totally convinced my attempts would not be good enough as it seemed too easy. However, I had a listen a week later and a wide grin developed from ear to ear and the rest, as they say, is history.

This video is a acoustic cover of Hope made by a fan.

Street performers Dancing in the Rain to Sunstone

If you have any requests for content you would like to see please let us know your suggestions are most welcome. 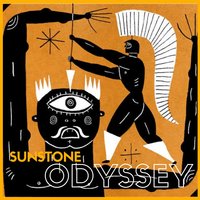